The science of today is the technology of tomorrow.
We’ve arranged a civilization in which most crucial elements profoundly depend on science and technology.
Everyone rely on technology for getting information, knowledge, communication, entertainment and anything according to their taste. As we are familiar with the word Social media , Since 1990’s social media has been shape the world that we are live in. It is the technology that allow the creating and sharing of information, ideas, career interests and other forms of expression through networks, such as twitter Facebook, Whatsapp, Instagram, Flicker etc. These social media websites have more than 10 million registered users. We can say that social media is the source of communication at global level, it has made life easy. Now we can contact to anyone anywhere. As communication gets faster and faster the world gets smaller and smaller.
It is like a fruit that has a sweet and bitter taste. It has been proved to be both useful and harmful. It has became the important part of every teenager’s life. Historically, newspaper were the most common of media , but today cell phones and other electronic devices have taken over all form of communication. Teenager today depend on the media for information on everything that latest gadgets, fashion trends the newest cars on the market , the best place to eat in the country or to find out what their favorite celebrity is up to .
Media control the mind of teenager’s like a giant remote control, People upload everything regarding their personal life even in pain they update their status like ”feeling Pain” feeling broken “Felling happy” Feeling blessed “feeling hungry” either they forget to eat but they never forget about to check in at their favorite restaurant.
Social networks are massively addictive. Most people I know check and interact on social sites constantly throughout the day. And they have no idea how much actual time they spend on social media.

Social Media Addiction [INFOGRAPHIC]:
Estimated number of active social site media user are 2.03 billion with global penetration of 28%,,,,, Social networking already accounts for 28 percent of all media time spent online, and users aged between the ages of 15 to 19 spend at least 3 hours per day on average using platforms such as Facebook, Twitter and Instagram, while users between the ages of 20 to 29 spend about 2 hours on their social media accounts
18 percent of social media users can’t go few hours without checking facebook,
16% of people rely on twitter or facebook for their morning news
It is estimated that 5 million images are uploaded on instagram and more than 500 million tweets are sent out per day by users, the average visitor spend 15 minutes a day on YouTube
Many teens usually spend sleepless nights on social media without the knowledge of their parents, this disruption of sleep has made numerous effects on teenagers, it has led to cases of insomnia, depression, anxiety ,mood swings and increase obesity. Although it creates a bigger barrier between the people you are living with yeah I am talking about the Family we are more likely to treat our family on social media instead of face to face conversation. Social networking effects lives and causes teens to grow differently they keep up with the latest trends and enjoy their little separate world it has ruined how life should be fun adventurous and exciting instead it has turned most people into antisocial and short spoken there needs to be a break from social networking because “excess of everything is bad” so people can once again live a real life in a real world .
Thanks.

Shahzad Khan - May 10, 2017
0
Loyalty is Royalty. The people who want to stay in your life will always find a way. Real loveonces stay faithful. You shouldn’t have...

The Great Artist with amazing personality Vinod Khanna passes away 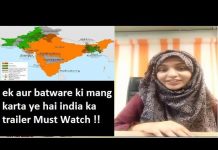