It’s just the first week of the fifteenth season of “Bigg Boss” and Vidhi Pandya is already on fire. The actress took a stand for herself in two major incidents that happened inside the house, the first with Afsana Khan, and second with Pratik Sehajpal. In fact, in the first weekend ka vaar episode, host and superstar Salman Khan spoke in favour of Vidhi and bashed Pratik.

Pratik had removed the lock of the bathroom while Vidhi was taking a bath and Salman criticised Pratik for this. Salman appreciated Vidhi for not making a big deal out of it when she could have.

As the episode progressed, he invited two girls Vidhi and Donal Bisht for the first ever Sultani Akhada of the season. In the first round maximum number of contestants voted for Vidhi making her win the first round. In the second round, Salman said you have to put the other contestant on the ground and Vidhi won that too.

Looks like Vidhi is a tigress disguised as a panda. Awesome Mirror you need to have a thourough check up done, because Vidhi ain’t no Panda. 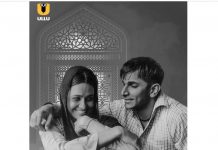 Music artist Nilesh Ahuja has opened up about his new song...