The residents of twin cities portrayed their love not only for literature but for the literary icons belonging to different countries of the world by visiting capital’s very own Islamabad Literature Festival.

On second day of ILF, Fasi Zaka moderated a session “Preparing the Citizens of Tomorrow: Are we Succeeding or Failing?” The session was held to critique the current education provision in Pakistan.

Reema Abbasi moderated a session Lost Heritage: The Sikh Legacy in Pakistan, a nostalgic search for historic monuments and temples eroded by time which included the author Amardeep Singh and FS Aijazuddin.

To discuss the core issue of water, a special session “Where has all the Water gone? Experts and concerned citizens debate the water crisis in Pakistan” was held in which Nisar A. Memon, Kaiser Bengali, and Aaron Mulvany discussed the issue with moderator.

A Performance by Nimra Bucha and Sarmad Khoosat on readings from Amrita Pritam and Sahir Ludhianvi’s poetry focusing on their unique vision and elusive, unspoken romance was also featured on the second day of ILF.

‘Rail Kahaani’ was presented by Zambeel Dramatic Readings based on short stories on railway journeys written by different authors.

A special session on poetry of Iftikhar Arif was also held in which Iftikhar Arif had a detailed conversation with Harris Khalique and Asif Farrukhi while the session was chaired by Zehra Nigah.

To discuss the women’s issues in politics, AWAZ program presented a special session “Women and Excluded Groups in Political Parties and Legislative Bodies” in which Marvi Sirmed, Zafarullah Khan, and Bushra Gohar participated along with the moderator Shirin Gul. 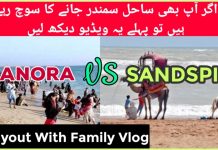 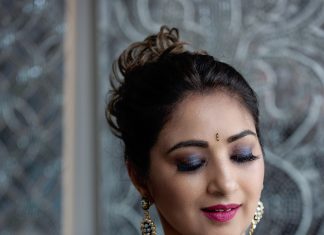 Shahzad Khan - September 29, 2021
0
Anjali Phougat had associated with the Ohio State University event as a designer for a domestic violence and human trafficking fashion show. She said...