Goran Ivanisevic is guiding Marin Cilic to the place he always believed his countryman belonged.

Ivanisevic first met fellow Croatian Cilic when he was 14 and has taken a keen interest in his career ever since.

And it is Ivanisevic who will be sitting in Cilic’s box on Monday when the 25-year-old takes on Kei Nishikori for the US Open title. 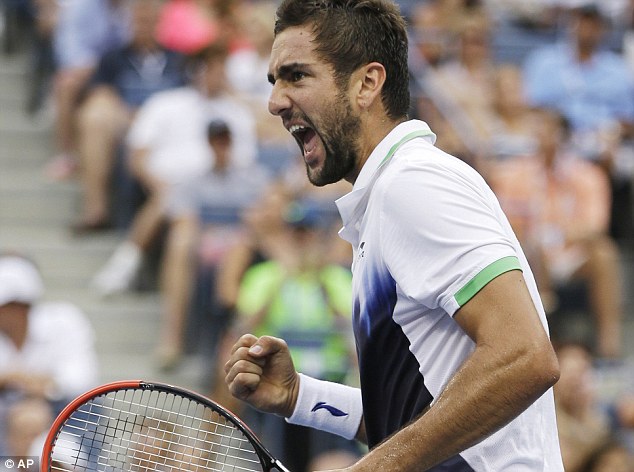 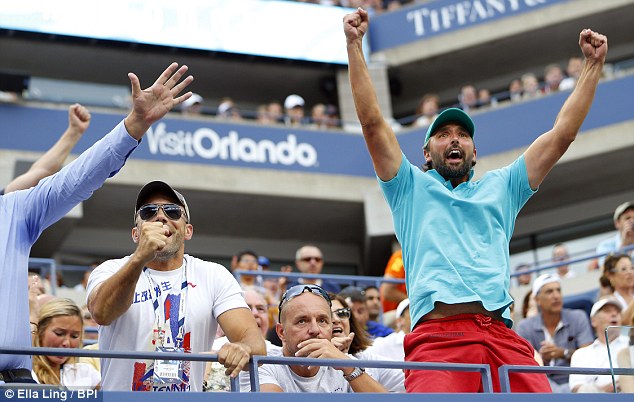 The former Wimbledon champion might not have picked here and now but he is certainly not surprised that Cilic has made it to a grand slam final.

‘I always told him the truth,’ said Ivanisevic.

‘The last three years, I told him I always believed he’s a guy who should be in the top five, but he needed to step up, to be aggressive, because against these guys, you cannot stay back. You have to be brave, to take a risk.

‘Even when he was playing well three or four years ago, when he was number nine in the world, I told him, ‘This is not the tennis that you should play’.

‘He was also not believing what I was saying. And then he went backwards, in the last three years he didn’t improve. So I told him this has to change. You have to use your weapons. Or you don’t need me.

‘Because he’s too good a player, he’s always going to be between 15 and 30 without a coach.

Grand Slam: Federer, Djokovic and Rafael Nadal have played some part in every Grand Slam final since 2005

‘I like to be here, I have really found myself being a coach and this is great. But I like to teach him something. In Rome we had this big talk and I told him this is your time.

‘The match against Novak (Djokovic) in the French Open, that’s when he started to believe. I knew it, his time was going to come, sooner or later, but it came sooner than I thought.

‘But why stop now? Whoever wins is going to be on top of the world. Mount Everest is on Monday.

‘I always believed that he belonged with these guys, and this is the proof that he does.’

Having been a valuable source of advice and support to Cilic throughout his career, Ivanisevic only became his formal coach last year.

The effect has been dramatic, with Ivanisevic helping Cilic maximise his height and power on his serve and groundstrokes as well as encouraging him to play an aggressive game.

Power: After dispensing of Thomas Berdych in the quarter-final, Cilic excelled again to defeat Federer

It all came together in spectacular fashion on Saturday when he blew Roger Federer off the court with the performance of his career.

Serving for the match, Cilic opened the game with three aces, Ivanisevic joking: ‘It was like watching myself.

‘The way he played, you can just be proud as a coach,’ he added. ‘Second semi-final, playing against probably the best player ever and giving him a tennis lesson, it’s unbelievable.

‘Everything is paying off slowly because he really has worked hard but this is amazing. It was perfection. You can’t play better than he played.’

Cilic’s rise has also been built on an added steel he developed while serving a four-month doping ban last season.

All smiles: Cilic celebrates his win after making the US Open final after beating Federer convincingly

The Croatian took glucose tablets containing a banned substance bought over the counter by his mother, which he thought were the same as tablets he knew to be clean.

Cilic’s ban was reduced from an initial nine months to four by the Court of Arbitration for Sport and he returned at the end of last season.

‘There is justice, there is somebody upstairs watching,’ said Ivanisevic. ‘He was accused for nothing, he was sitting for five months for nothing.

‘It was not easy in the beginning but he stayed mentally focused. We talked a lot and it was a tough for him but it is paying off. He’s one of the nicest guys, most liked guys on the tour.’

On Monday, Ivanisevic will be in the opposite corner to his former rival Michael Chang, who now coaches Nishikori and helped him to the biggest win of his career against Novak Djokovic on Saturday.

Mobiles and tablets used to damage children’s ability to speak

Clash of Clans: How Do We Get Over There?