Sweety Walia is an Indian television actress. She has acted in many Hindi-language serials.Sweety Walia is the mother of the child artist Roshni Walia and Noor Walia who had acted in Bharat Ka Veer Putra – Maharana Pratap as Ajabde with Faizal Khan. Sweety Walia has worked in various television serials including Yeh Hai Mohabbatein,Trideviyaan and Bahu Hamari Rajni Kant.Sweety walia pammi aunty role is also very famous in Drama industry

🔗 Share this video: https://youtu.be/qIqxvqoJPh0 Be sure to check out other videos in “Guest Talk” 👍 Make sure to LIKE and SHARE this video. 🔔Join my notification squad by clicking the BELL. 📺 SUBSCRIBE if you have not done so Do Subscribe. 📆 New video upload schedule New videos uploaded weekly. Hit the 🔔 to ensure you stay informed of upcoming videos! ❤️ THANK YOU FOR WATCHING ❤️ 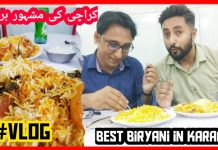 New Prince Music Being Released Nearly One Year After His Death