Yeh Hai India, follows the story of a 25 years old NRI, who is born and brought up in U.K and shares the same stereotype views of India, which is known for its vast population, pollution and poverty. However, protagonist finds new development in media or probably an ‘other side of same coin’ of India, which is also known for successful mars mission in first attempt, a nation which proudly holds title ‘God of Cricket’ for Sachin Tendulkar, who is again an Indian and a nation which is known for its holy generosity with icons like Mother Teresa”.

Yeh Hai India upcoming movie trailer review and postmartam of facts by Saba Sakinder. Film trailer seems.demanding another pakistan and has controversial dialogues and facts. Pakistan and Pakistani completely disagree with the told facts in trailer. Watch the trailer here-:

Shahzad Khan - April 17, 2017
0
All right. Well, take care yourself. I guess that's what you're best, presence old master? A tremor in the Force. The last time felt...

The Great Artist with amazing personality Vinod Khanna passes away 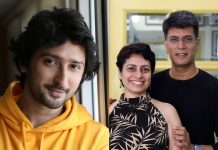 Kunal K Kapoor is excited to return with Sudhir and Seema...

Green Screen Before And After Visual Effects In Bollywood Movies